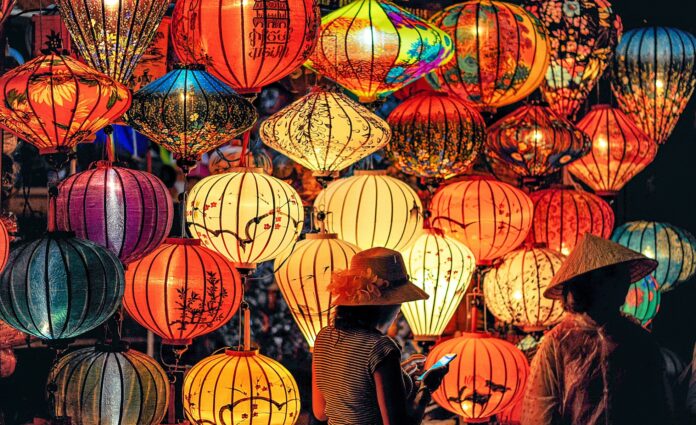 It’s a significant holiday celebrated across much of Asia, which falls on the 15th day of the lunar calendar’s eighth month when there is a full moon that night. For this reason, it is frequently referred to as the “Moon Festival.”

This festival has been around for more than a millennium and is ANCIENT! Mid-Autumn Festival was first celebrated as a holiday in the Song Dynasty (960–1279), but it is thought that it actually dates back over 3000 years to the Zhou dynasty and the practice of worshiping the moon. 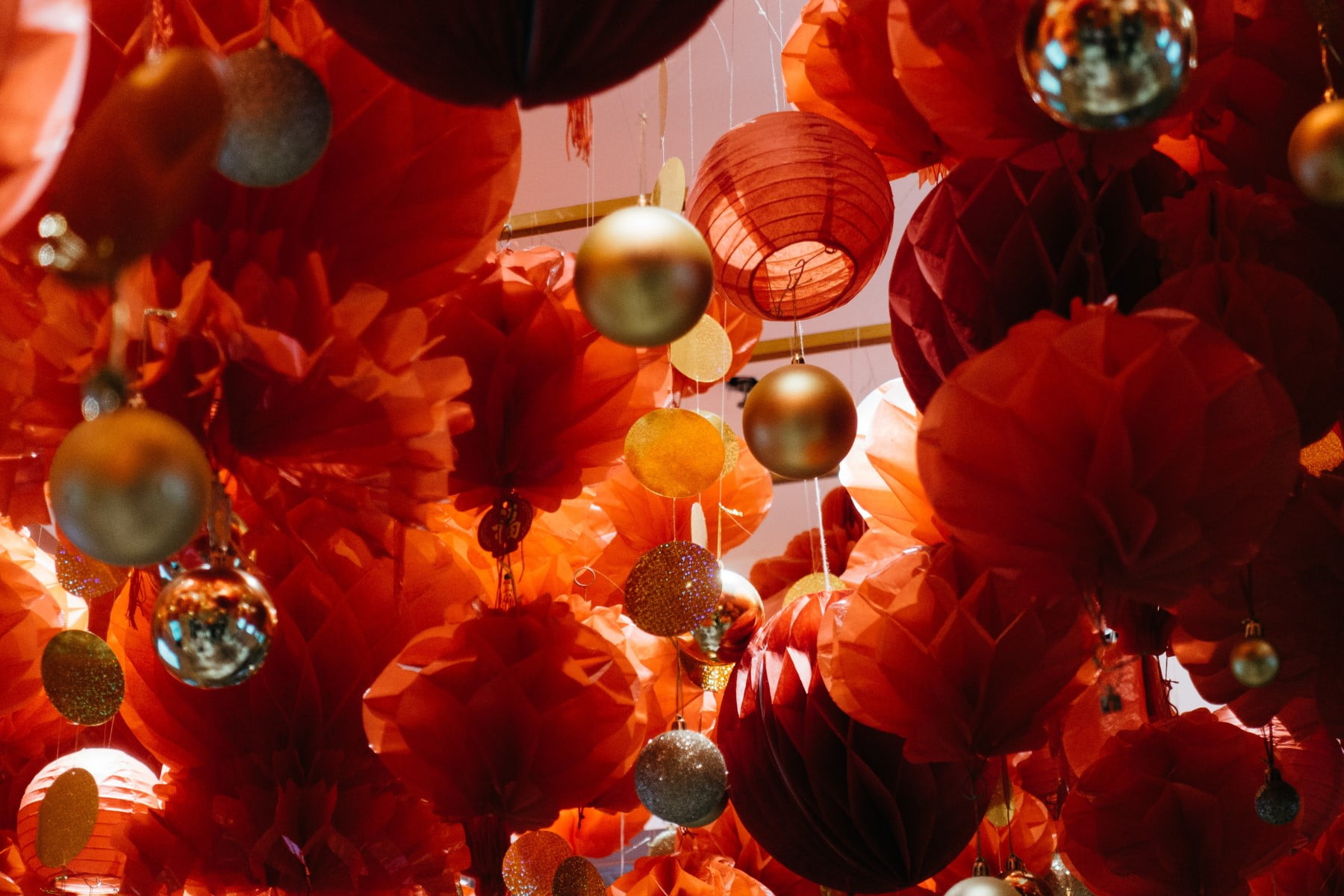 The Mid-Autumn Festival was traditionally used by ancient Chinese emperors to ask for a good harvest, pleasant weather, and national peace. The festival is intended to take place when the moon is at its fullest because the harvest was connected to the lunar cycle. Empress Dowager Cixi (late 19th century) loved it so much that she took five days out of her busy schedule each year to stage elaborate moon-worship rituals. 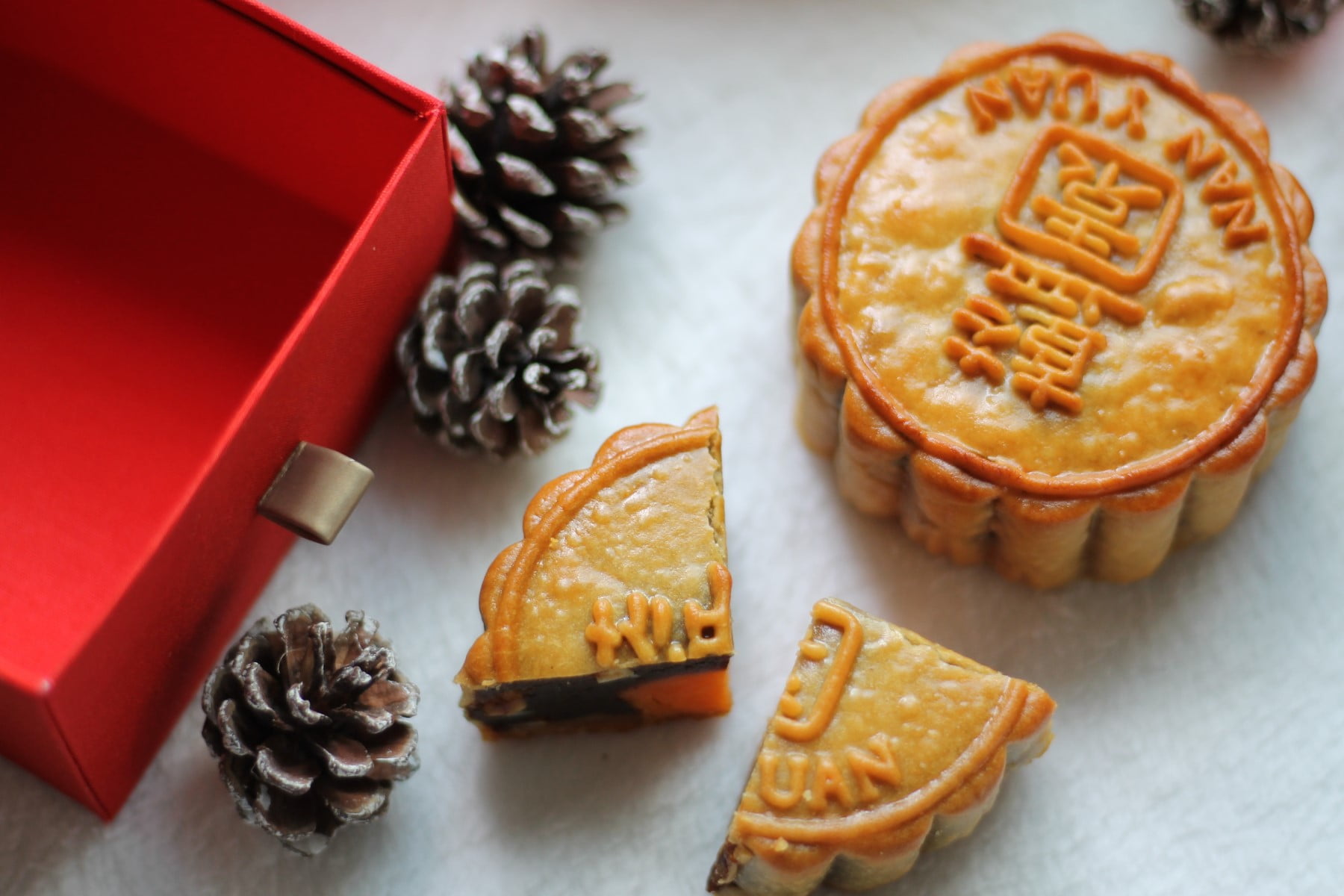 The story of Chang’E, also known as the Moon Lady, and her husband Hou Yi is the one associated with the Mid-autumn Festival that is most well-known among Chinese people. According to legend, this myth dates back to the Tang dynasty (618–907 CE) and even to the reign of Emperor Yao (2346 BCE). The moon rabbit tale is another well-known one associated with the Mid-autumn Festival.

What are the traditional activities of the Moon Festival?

The Mid-Autumn Festival is a significant family gathering day. Everyone will return home and reunite with their families. This custom is similar to Thanksgiving in the United States. Furthermore, the full moon conjures up images of family gatherings and brings to mind loved ones and one’s hometown. On the Mid-Autumn Festival night, after the family reunion dinner, people will go outside to admire the full moon. 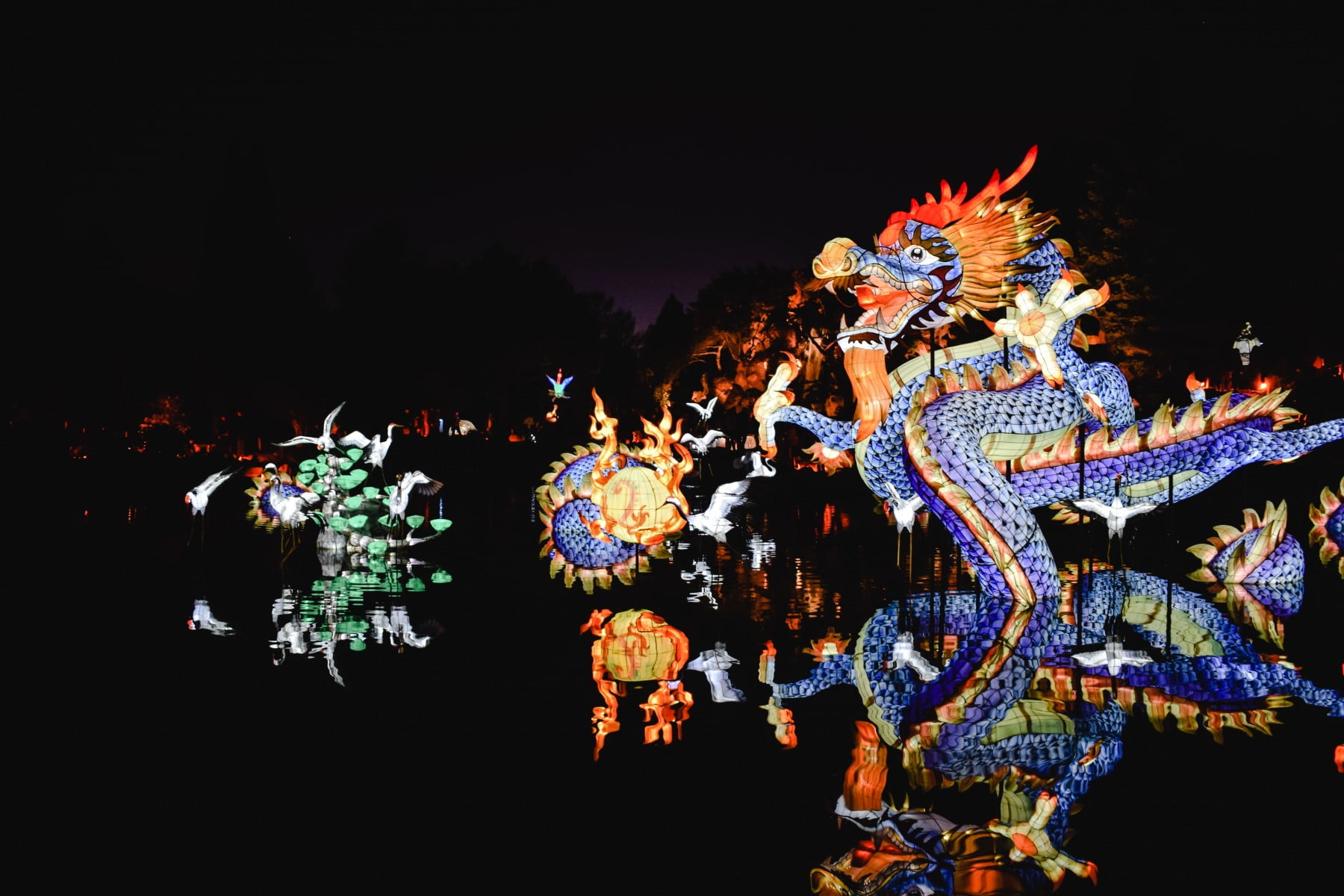 Every Mid-Autumn Festival, carnivals and exhibitions featuring lanterns of various colors, patterns, and styles are held in parks and other public spaces. The entire area will be decorated with beautiful lighting. In the eyes of the Chinese, the higher the lanterns are hung, the luckier the family will be. In addition to hanging lanterns outside, Chinese people frequently write intriguing riddles on the lanterns and ask passersby to try to guess the solutions. 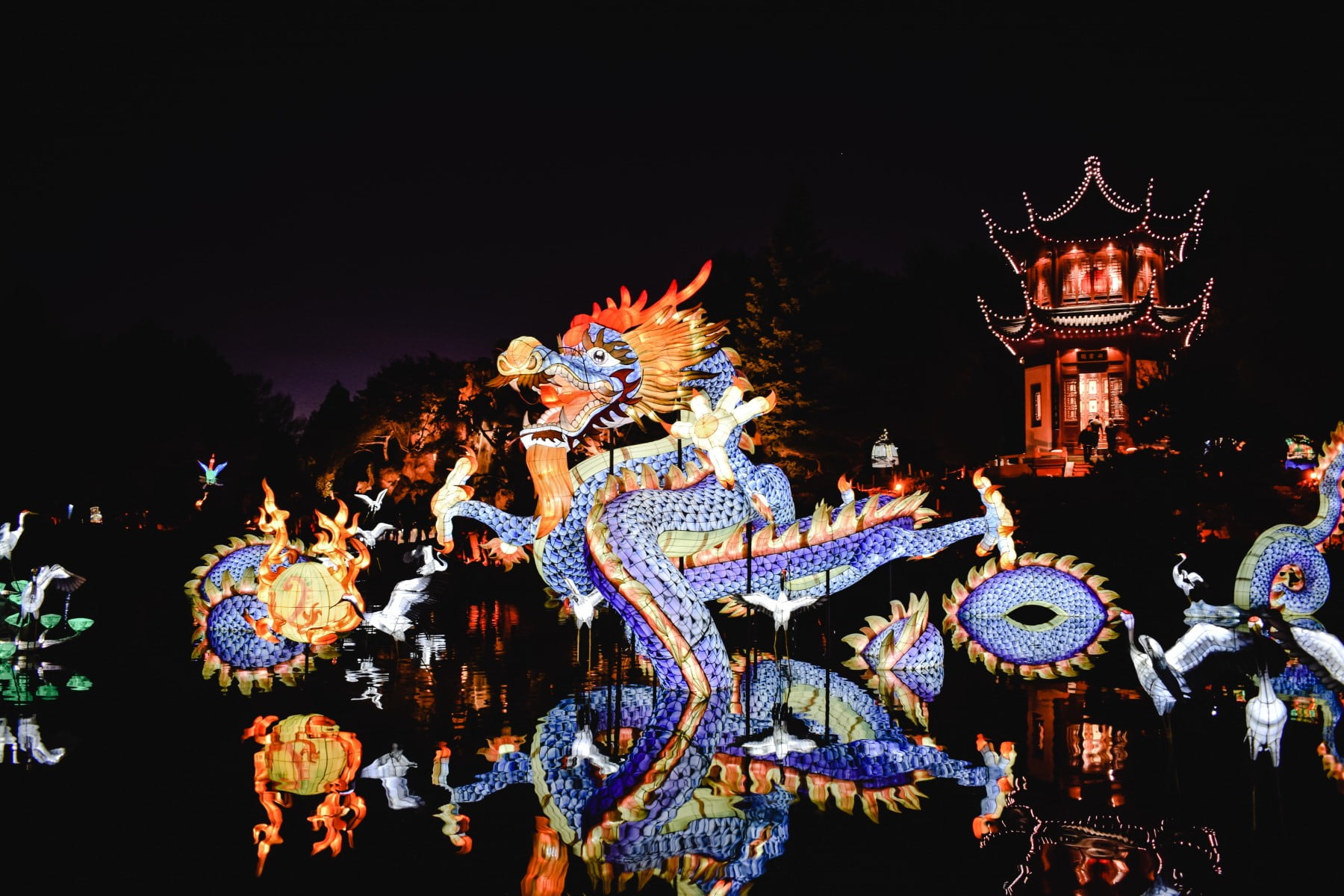 Moon worship is an important part of the festival celebration. The ancient Chinese associated rejuvenation with the moon and water, and linked this concept to women’s menstruation, referring to it as “monthly water.” The Chinese believed that the moon governed all vital changes, particularly grain harvesting. As a result, on the night of the Mid-Autumn Festival, people will set up a table outside under the moonlight. Then, burn incense, place moon cakes and fruits on the table as sacrifices, face the moon, and pray for good fortune.

What is the most famous food at Moon Festival?

The most famous food during the Mid-Autumn Festival is mooncakes. Its round shape is intended to conjure up images of the full moon. Moreover, the full moon’s rounded shape evokes feelings of spiritual fulfillment, coming together, and reunion. At the Mid-Autumn Festival, people share mooncakes with their families or give them as gifts to friends and family to show them their affection. 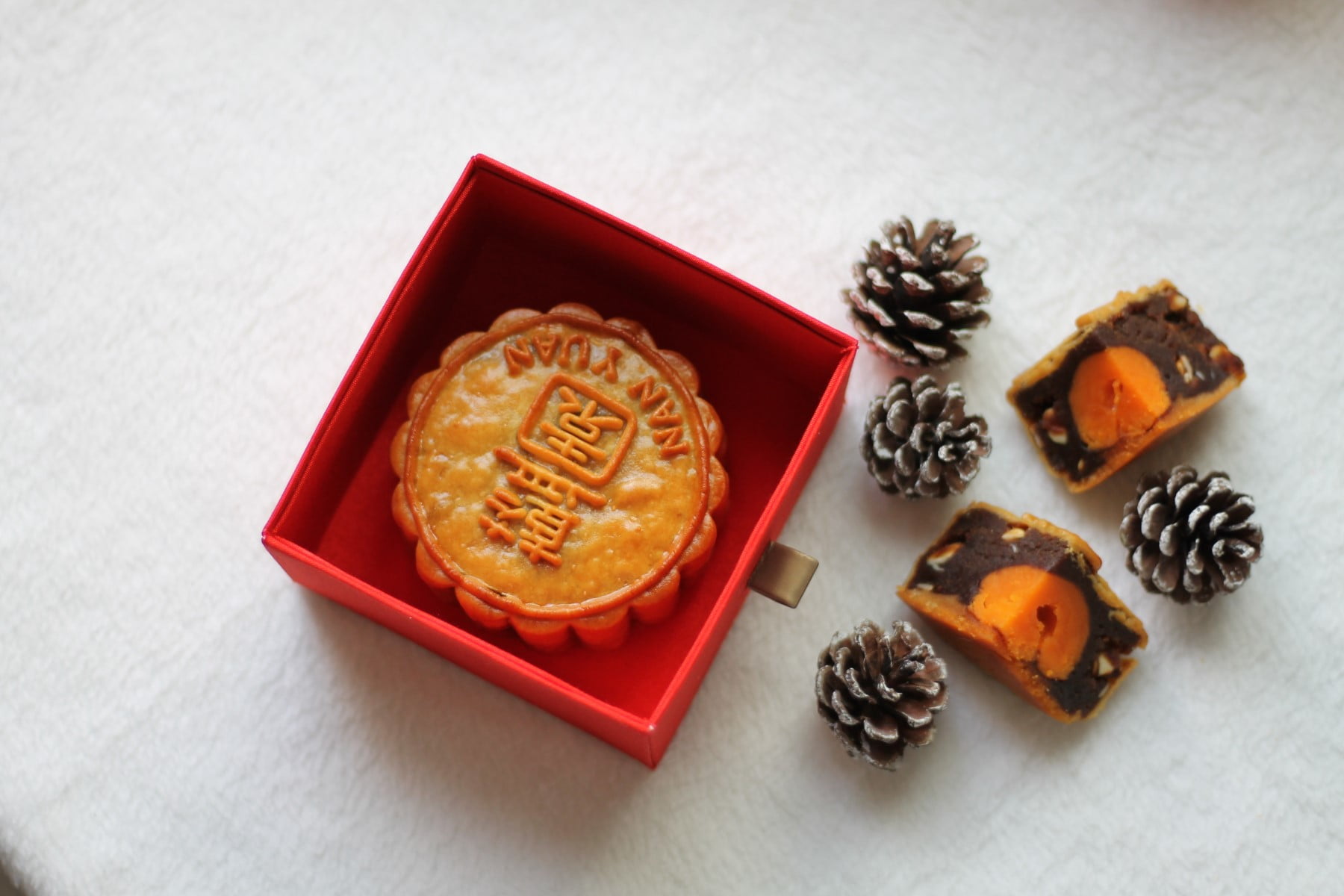 Typically, traditional fillings for mooncakes include red bean or white lotus seed paste. There are numerous regional variations, some of which have an egg yolk that has been preserved in the middle. The round shape of the yellow egg yolk, which is symbolic of the moon in the sky, adds yet another level of symbolism. 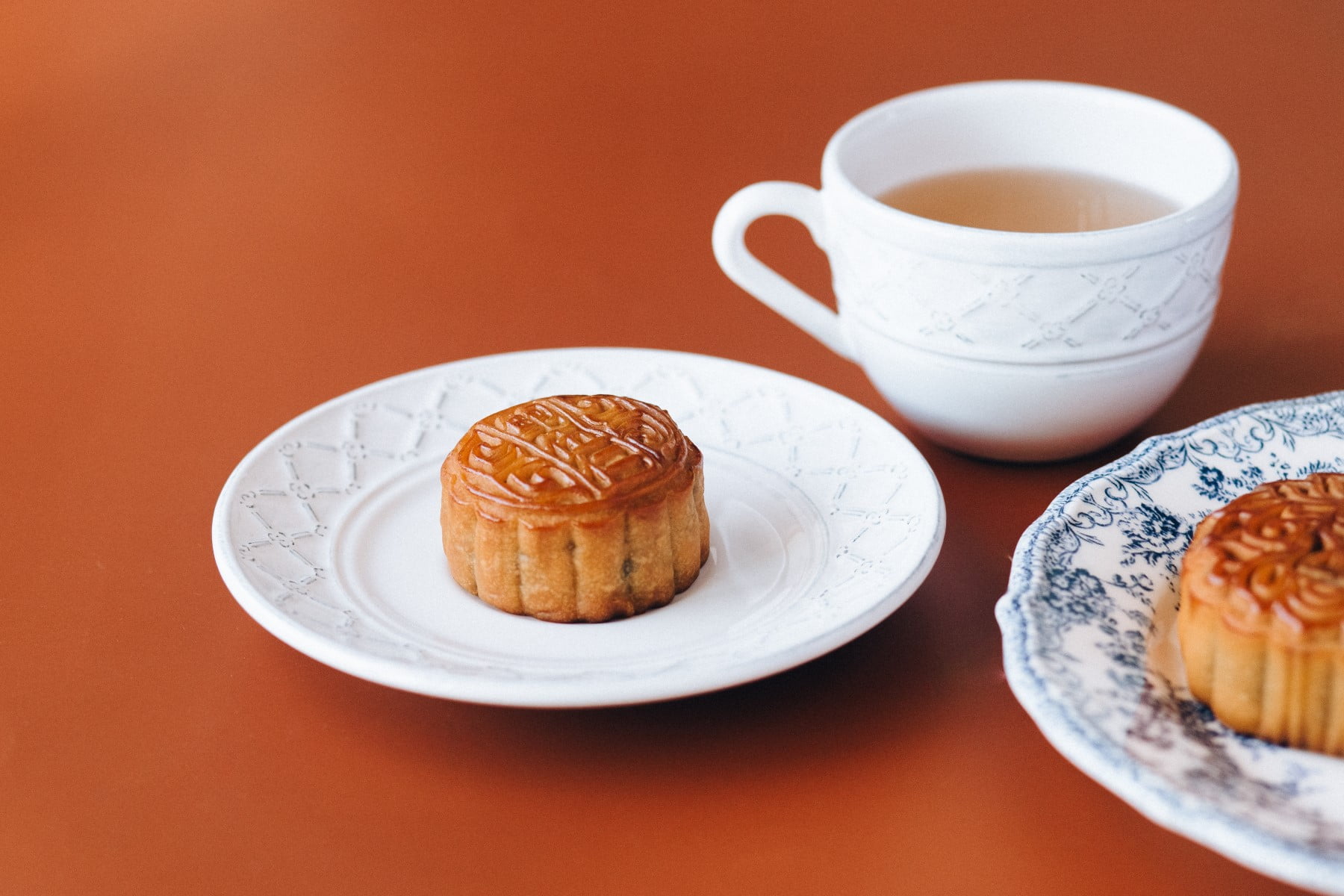 People also consume other traditional foods like apples, pears, peaches, grapes, pomegranates, and pomelos in addition to the infamous mooncake. It is also thought to be a good day for single people to find a partner because it is such a lucky day for unity; consequently, dances are frequently held with this specific objective in mind.

How is this festival celebrated in other Asia countries? 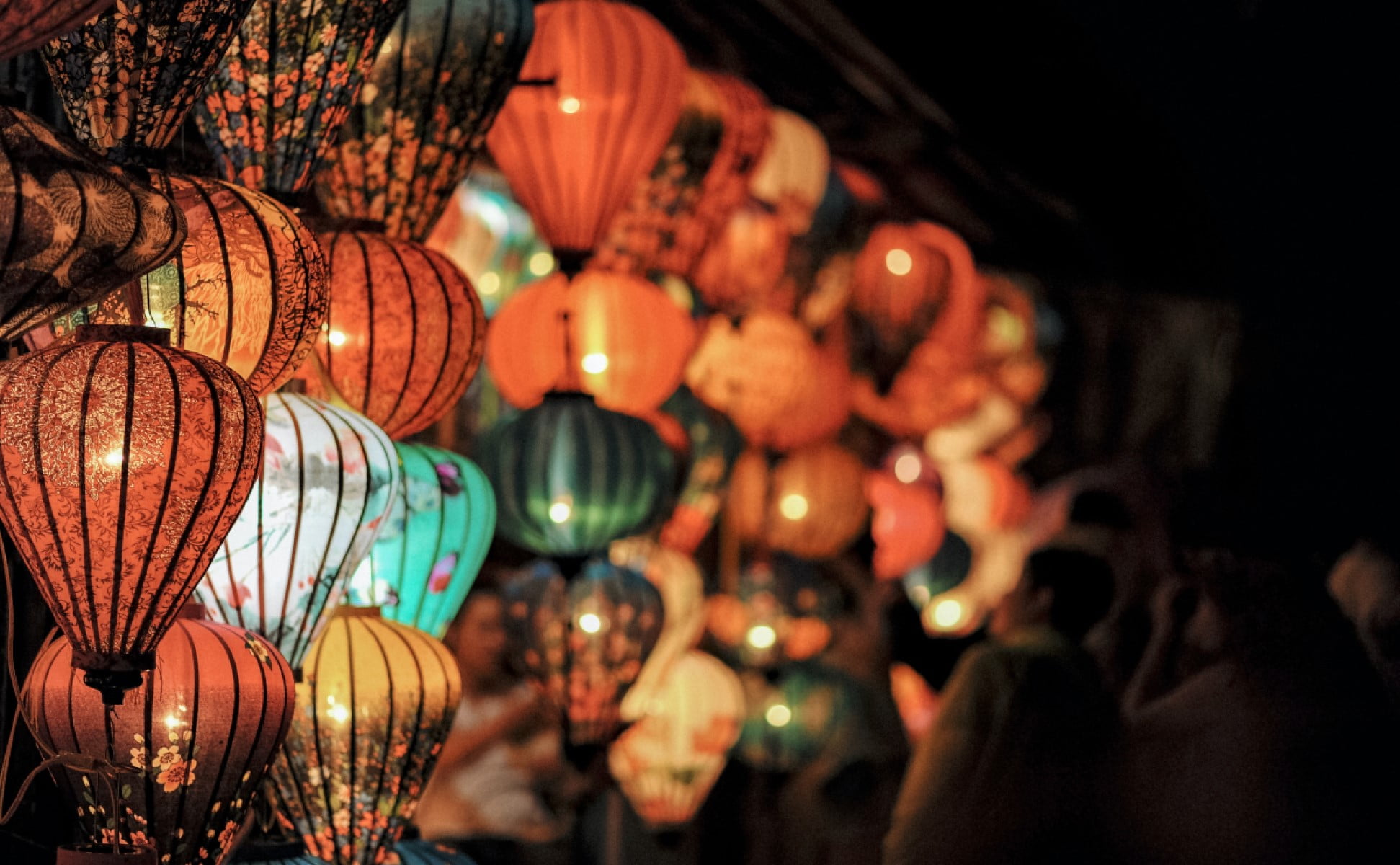 The celebration in South Korea is called Chuseok and lasts three days. During this time, Koreans traditionally return to their hometown to spend time with their families, eat lavishly, and pay respect to their ancestors. In Taiwan, the Mid-Autumn Festival is a national holiday celebrated with the consumption of mooncakes and pomelo, a large citrus fruit related to grapefruit. 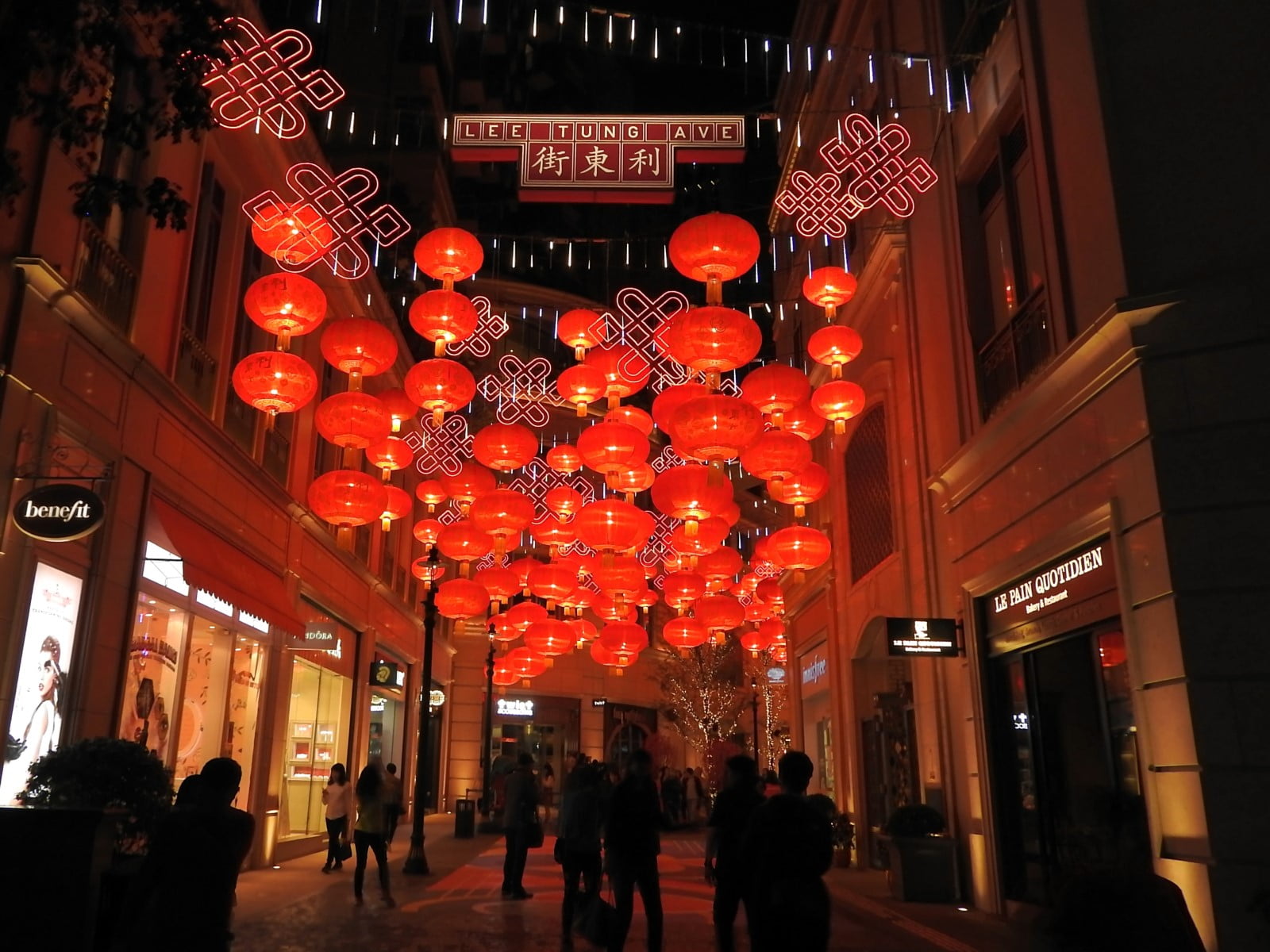 In Vietnam, it is also a significant festival called Tet Trung Thu. It is primarily celebrated as a children’s festival and is associated with unique Vietnamese legends. The performances of traditional dances and the lanterns carried by children as they walk under the light of the full moon with their light illuminating the path are among this festival’s distinctive features, in addition to moon watching and the ubiquitous mooncakes.

Facebook
Twitter
Pinterest
WhatsApp
Previous articleTips For Home Nursing: How To Care For Your Loved One
Next articleNeed a Full Facelift? Here’s What You Should Know

Turks and Caicos Will Soon Require Vaccination of All Visitors

Is Armani Luminous Silk Foundation a Holy Grail or a Hype?: The Verdict

Take a look at the nutritional value of Chinese cuisine

What To Consider Prior To Receiving A Facelift