The 5 Mouth-Watering Belgian Dishes You Must Try! 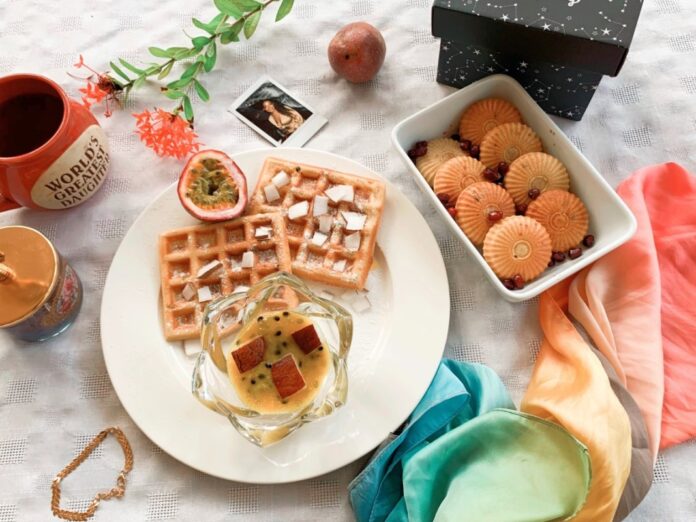 Belgian cuisine is diverse with significant regional differences, as well as influences from neighboring France, Germany, and the Netherlands. Belgium is best known for its chocolate, waffles, fries, and beer. However, besides these popular snacks, there are various special dishes in Belgium. Here are 5 mouth-watering Belgian dishes that we recommend!

Fries are sold in Belgium at fast-food stands or in dedicated fast-food restaurants known as friteries, frietkot, or frituur. They are frequently served with a variety of sauces and eaten on their own or with other snacks. Although mayonnaise is the traditional topping, many Belgians prefer andalouse – a mixture of mayonnaise, tomato paste, and peppers.

There are two types of Belgian waffles, the Brussels waffle and the Liège waffle, both of them originated in Belgium. Most waffles in Belgium are served warm and dusted with confectioner’s sugar by street vendors, though in tourist areas they may be topped with whipped cream, soft fruit, or chocolate spread.

The Liège waffle is denser, richer, sweeter, and chewier. It is the most common type of waffle available in Belgium and is prepared by street vendors across the country in plain, vanilla, and cinnamon varieties. However, the Brussels waffle or gaufre de Bruxelles is lighter and crisper, and its rectangular sides distinguish it from Liège Waffles.

There’s only one thing to eat by the sea in Belgium: mussels with fries. Moules-frites, or mussels with fries, is a classic Belgian dish that can be found in almost any café or brasserie in Brussels. Summer is the ideal season to eat them since mussels are the best during the peak of the season in June.

In Belgium, mussels are typically served steamed in white wine in large black mussel pots. Moules marinières are made with shallots, parsley, and butter, in addition to wine. Cream, beer, and even mustard sauce are some other ingredients.

It’s a Belgian beef stew that’s similar to French beef bourguignon but made with Belgian beer instead of red wine. It is served with bread or fries and mustard on the side and is usually accompanied by a beer. This, along with moules-frites, is considered one of the national dishes in Belgium.

The dish’s flavor is sweet and sour, with the sweet coming from the onions and either a little sugar or tomato paste and the sour coming from a touch of mustard or vinegar. Aside from choosing the right beer, the key to making this succulent casserole is a lot of patience.

This popular dish is similar to the more well-known steak tartare, but the difference is that filet Américain is made with meat that has been minced in a meat grinder. In restaurants, filet Américain is served in two ways: fully prepared or let the customers add condiments in their own opinion.

This Belgian classic uses only lean and premium beef cuts, and because the meat is served raw, it should be as fresh as possible. When the meat is ground, it is usually liberally seasoned and enriched with onions, capers, mustard, mayonnaise, raw eggs, tabasco, and Worcestershire sauce, all of which aid in the consistency of the spread.