The Importance of LGBT Visibility 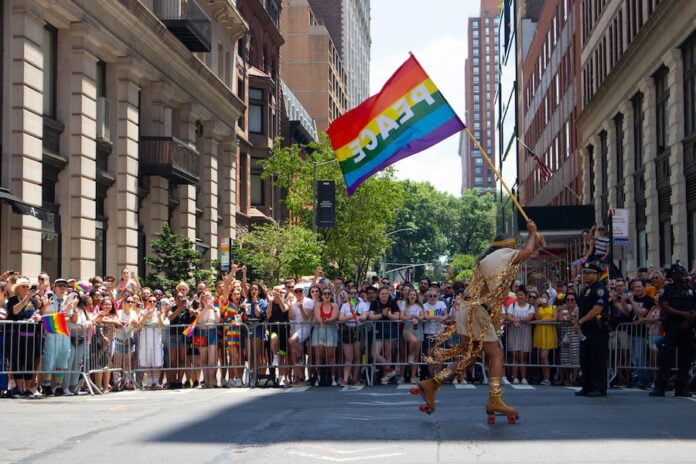 In many ways, lesbian, gay, bisexual, and transgender (LGBT) people are just like everyone else. We come from all walks of life, and we want the same things: to be happy, to be safe, and to be treated with respect. So what is The Importance of LGBT Visibility?

But there is one big difference: LGBT people are often invisible in society. This is because we don’t fit into the traditional categories of “male” and “female”. We are often seen as “different”, and this can make us feel isolated and alone.

The good news is that things are changing. In recent years, there has been a growing acceptance of LGBT people in society. This is thanks to the hard work of activists who have fought for our visibility and rights.

Today, there are more visible LGBT people than ever before.

The history of LGBT visibility

Since the Stonewall Riots in 1969, there has been a continuous fight for LGBT visibility. The Stonewall Riots were a series of violent demonstrations by the LGBT community against a police raid that took place at the Stonewall Inn in New York City. These riots are widely considered to be the start of the modern LGBT rights movement.

In the years following the Stonewall Riots, there have been many milestones for the LGBT community in terms of visibility. In 1973, the American Psychiatric Association removed homosexuality from its list of mental disorders. This was a major step forward in destigmatizing homosexuality and helped pave the way for more open discussions about LGBT issues. In recent years, there has been an increasing acceptance of LGBT people in mainstream society.

The benefits of LGBT visibility

It is no secret that the LGBT community has long been subjected to discrimination and violence, both in the U.S. and around the world. In recent years, however, there has been a growing movement of visibility and acceptance of LGBT people, with many countries now legally protecting queer citizens from discrimination. This increased visibility has brought with it a number of benefits for the LGBT community.

For one, it has helped to break down the stereotype that all queer people are flamboyant and promiscuous. As more and more people come out as queer, it becomes clear that there is no one “type” of person who identifies as such. This can help to dispel harmful myths about queer people and make it easier for others to accept them. In addition, increased visibility of LGBT people can also lead to greater social acceptance and legal protections.

It is no secret that the LGBT community has long been subjected to discrimination and violence. In many parts of the world, they are still forced to live in the closet, afraid to come out for fear of losing their jobs, homes, and even their lives.

But there is power in visibility. When people see that there are others like them, it creates a sense of belonging and community. It also helps to break down the barriers of ignorance and prejudice.

LGBT visibility also has its benefits on a larger scale. It helps to create social change and can ultimately lead to legal protections for LGBT people. In places where homosexuality is still illegal, visibility can be a dangerous act but it is also a powerful form of resistance.

So whether it’s coming out to your family and friends or marching in a Pride parade, visibility is important.

The challenges of LGBT visibility

In recent years, the LGBT community has become more visible in society. This visibility has brought both challenges and opportunities for members of the community. One challenge that LGBT people face is discrimination. This can manifest itself in many ways, from verbal abuse to being denied housing or employment. another challenge is feeling like one has to hide their true identity in order to avoid discrimination.

This can lead to feelings of isolation and loneliness. On the other hand, visibility also brings opportunities. It allows members of the community to connect with each other and form supportive networks. It also raises awareness of LGBT issues and helps bring about social change.

Wear Shorts In The Winter: Here Are 5 Impressive Outfits For You

How to remove makeup properly