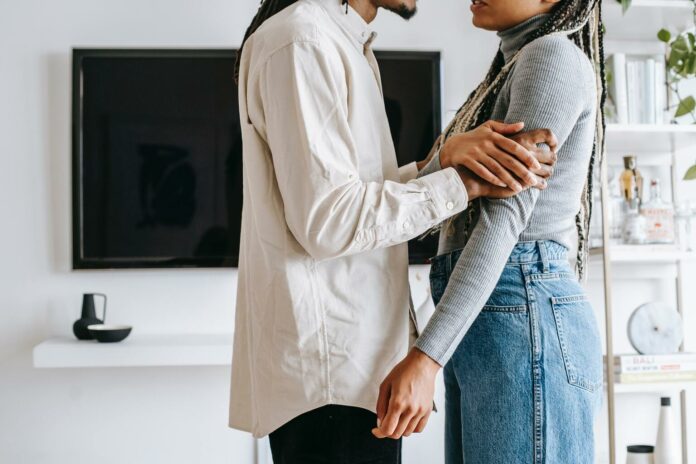 Red flags do not just suddenly appear. Instead, a number of warning indicators typically show up simultaneously. It’s important to pay attention to this behavior pattern. Here are 10 red flags of an abusive relationship that you should identify as soon as possible.

1. They try to persuade you by acting affectionately or by “love bombing” at the beginning

Early on in the relationship, if they show you an excessive amount of attention, praise, and presents, this could be a red flag. It’s common for abusers to gain your trust by acting incredibly nice to you and flattering you with gifts and politeness before turning the tables.

These actions may be warning signs since the couple is moving too quickly to give each other a chance to get to know one another. To try to exert authority and control over you and the relationship, they are constantly bombarding you with information. Love bombing usually fuels a relationship, but when it ends, it can leave a partnership unstable.

2. They have nothing nice to say about their exes

The way a person talks about their ex-partners might reveal a lot about them. It’s frequently a reflection on them if your partner describes their former spouse as “mentally ill,” “mad,” “crazy jealous,” or any other such phrase.

If they repeatedly refer to their ex-partners as “crazy” or if everything seems one-sided, this may indicate that things did not end well. They may blame the other person for their previous failed relationships. You may begin to notice a pattern where someone is not accepting responsibility for their actions if they are consistently criticizing or blaming their exes.

3. They start isolating you

One important red flag is that your partner may try to isolate you from the outside world, especially if you are a victim of domestic violence. They can be wary of meeting your friends or family or jealous of your interactions with them.

One of the scariest signs of an abusive relationship is when you have no links to the outside world. This means that your abuser can treat you in whatever they want since they have cut you off from everyone who could be of assistance.

4. They stalk your social media

Red flags don’t just apply to face-to-face interactions. They can take place on social media accounts as well as in long-distance relationships. Our social media profiles are often extensions of who we are.

If your partner constantly checks up on where you are and what you’re doing or they demand you share your location with them even if you’re uncomfortable. This could come off as being overly protective. But regardless of whether it stems from low self-esteem or something else, disregarding your right to privacy is a bad way to take control.

5. They have an opinion of whatever you do and say

Both sides are two distinct people who are free to make their own decisions in a healthy partnership. A partner gives you someone to bounce ideas off of and someone who will back you no matter what you decide because they want you to be happy.

So if your partner will continually have an opinion about even the simplest actions you make in an unhealthy relationship, that view will almost always be negative. At first, it could seem like they’re encouraging you to be your best self, but as time goes on, you’ll find that the criticisms become more frequent and harmful.

When to look for help

If you notice any of these abusive relationship red flags in your partner, please know that there’s light at the end of the tunnel. It’s critical to properly arrange your evacuation method for your own safety. It’s also important to recognize when friends or family members may be in this situation. The best thing you can do for a friend who is going through domestic abuse is to listen to them and show them that you care.

Viahanlym
Facebook
Twitter
Pinterest
WhatsApp
Previous articleAbusive Relationship Red Flags: Get To Know It Immediately
Next articleTake A Break From Social Media: Why Don’t You Do It Right Now

Try These Bedtime Hacks to Get the Best Sleep Ever

Staggering Tips to Keep You Awake While Driving

7 essential items for your wellness toolbox

Spouse of Italian Consul General – Mrs. Milena Padula: “Volunteering is the way I...