Abusive Relationship Red Flags: Get To Know It Immediately

It is not easy for everyone to spot abusive relationship red flags for many reasons. Early warning signs in a relationship can become significant problems like domestic violence. In an abusive relationship, the strange red flags are frequently manipulated by the abuser to seem as though they’re coming from a good place rather than one of power and control.

Here are some tips on how to spot abusive relationship red flags early on, as well as a look at the various ways red flags manifest themselves. 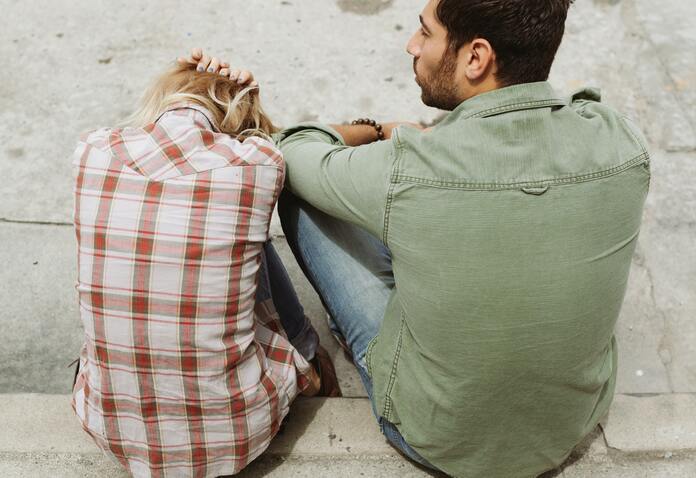 What are relationship red flags?

The National Domestic Violence Hotline estimates that more than 12 million people are mistreated each year in the United States. These accidents can occasionally happen quickly and without prior notice. But frequently, there are warning signs that things might be wrong before it gets physical or violent.

It’s essential to stay informed of problems as they develop to see red flags. Red flags don’t appear out of the blue. Instead, numerous warning signs frequently appear at once. It’s crucial to pay attention to this pattern of conduct.

Red flags are concerning because they can lead to more serious problems, such as those that could lead to domestic violence. Although most people primarily associate domestic violence with physical assault, it can also involve financial, emotional, or mental abuse.

It’s critical to comprehend what constitutes a healthy connection to recognize any abusive relationship red flags.

Healthy relationships require effort and compromise from both partners and involve open communication, honesty, trust, and respect between partners. There is no power disparity and partners share decisions, accept each other’s independence, and are free to act independently without being concerned about consequences.

But in an abusive relationship, an abuser usually sets the rules and there would be no negotiation. Moreover, in such a relationship, it won’t be fair forever between two people.

Early on in a relationship, it’s crucial to be aware of the warning flags to look out for. You’ll begin to see patterns of behavior as red flags start to appear more frequently over time. Abuse comes in many different forms, it could be physical, financial, emotional, or mental.

Early on in the relationship, if they show you an excessive amount of attention, praise, and presents, this could be a red flag. They try to sway you by acting affectionately toward you or “love bombing” you. Moreover, the way one person talks also describes who they are, so if they disparage their ex-partners in their speech, it could be a sign.

One of the important abusive relationship red flags is that your partner may try to isolate you from the outside world, especially if you are a victim of domestic violence. They can be wary of meeting your friends or family or jealous of your interactions with them. Furthermore, when your partner forces you to consider what you said or did in an effort to shift responsibility or guilt, they gaslight you – other abusive relationship red flags you should know.

Red flags don’t just apply to face-to-face interactions. They can take place on social media accounts as well as in long-distance relationships. In some way, our social media profiles are often extensions of who we are.

When to look for help

If you notice any of these abusive relationship red flags in your partner, please know that there’s light at the end of the tunnel. It’s critical to properly arrange your evacuation method for your own safety. It’s also important to recognize when friends or family members may be in this situation. The best thing you can do for a friend who is going through domestic abuse is to listen to them and show them that you care.

Viahanlym
Facebook
Twitter
Pinterest
WhatsApp
Previous articleAtkins diet vs Keto: Which Would Be Better For You To Try?
Next article5 Absurd Red Flags in An Abusive Relationship

Try These Bedtime Hacks to Get the Best Sleep Ever

Staggering Tips to Keep You Awake While Driving