8 Gigantic And Unmissable Autumn Festivals Around The World 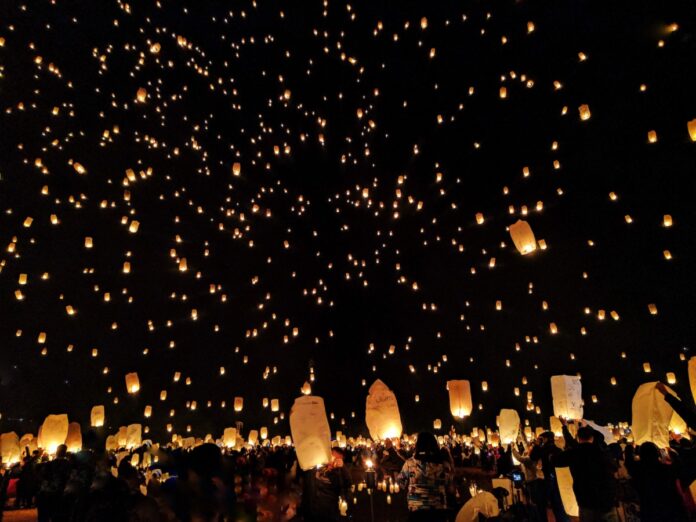 The Oktoberfest is the largest Volksfest in the world, with a beer festival and a traveling funfair. It is a two-week-long annual autumn festival held in Munich, Germany, that concludes on the first Sunday in October.

The festival began on October 12, 1810, to commemorate the marriage of the crown prince of Bavaria to Princess Therese von Sachsen-Hildburghausen, who later became King Louis I. Five days later, a horse race was held in an open area that became known as Theresienwiese (“Therese’s green”).

Although beer is frequently linked to Oktoberfest, the festival’s traditions extend beyond this. While the beer tents serve drinks, they also play only traditional Bavarian music. The Oktoberfest grounds only have six breweries represented: Späten, Augustiner, Paulaner, Hacker-Poschorr, Hofbräu, and Löwenbräu. 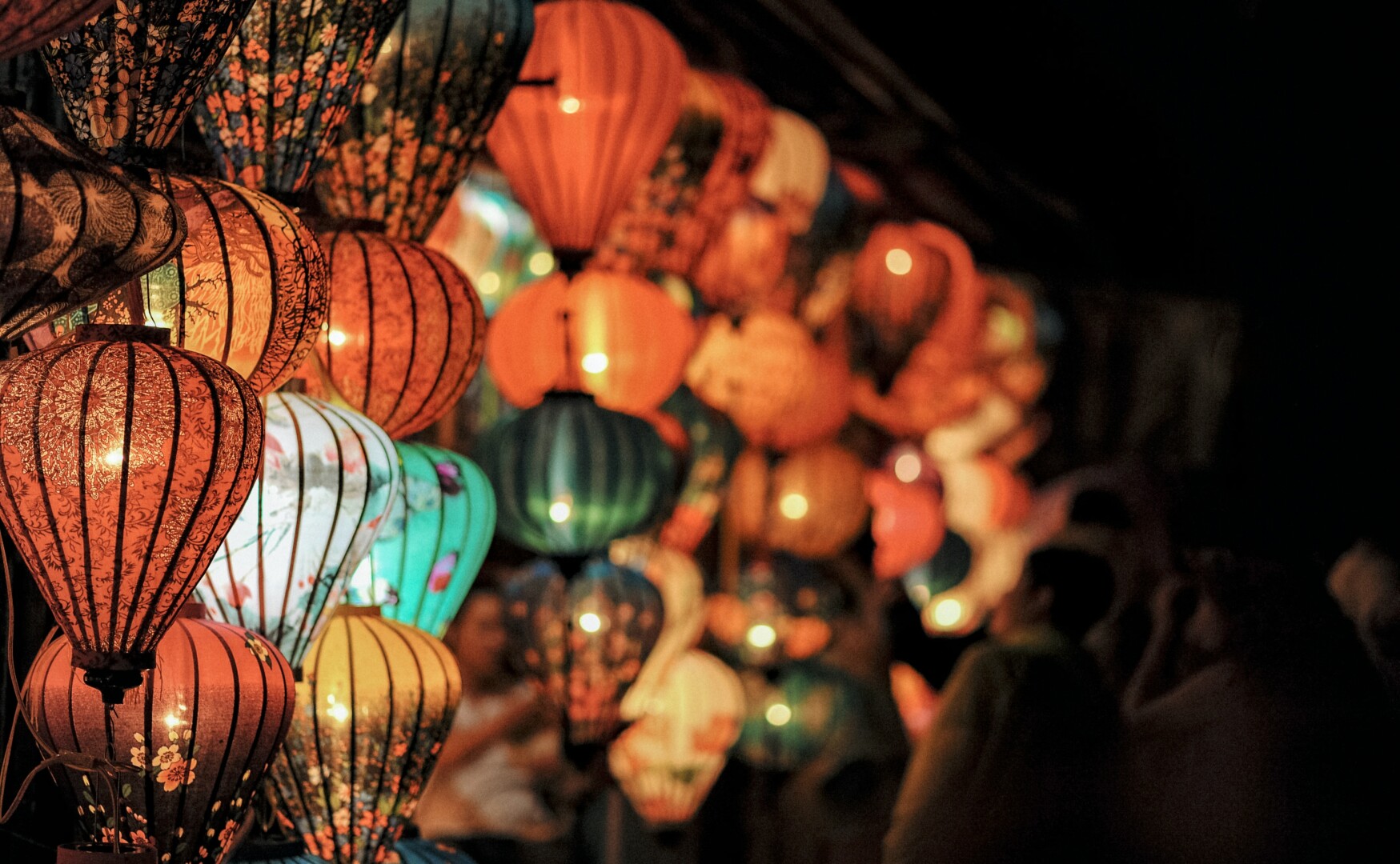 This Autumn Festival in China represents a family reunion, and on this day, all families will appreciate the Moon in the evening. This day is also the 15th day of the eighth month of the Chinese lunisolar calendar when the moon is at its fullest.

Moon worship is an important part of the festival celebration. The ancient Chinese associated rejuvenation with the moon and water, and linked this concept to women’s menstruation, referring to it as “monthly water.”

Barcelona La Mercè is a 5-day festival held in honor of Mare de Deu de la Mercè, the Patron Saint of Barcelona. The festival, which first took place in 1902, officially waves goodbye to summer and welcomes the cooler months of autumn.

La Mercè is a religious holiday that honors the Virgin of Grace (Mare de Déu de la Mercè), co-patroness of Barcelona along with Saint Eulàlia and the patron saint of the archdiocese of Barcelona. The word “mercè” in Catalan has connotations of service, assistance, sympathy, and tender mercy.

This autumn festival, which dates back to the Middle Ages, is distinguished by its street parades, live music, fireworks, and human towers, a unique Catalan tradition. The streets will be filled with events, parades, fire runs (Correfoc), and people.

The Loy Krathong Festival, also known as Thailand’s Festival of Lights, is an annual Siamese festival that Thais observe to honor the Buddha and the Goddess of Water.  Although it is not a public holiday, people gather to release krathongs around lakes, rivers, and canals across the country to celebrate (lotus-shaped rafts decorated with banana leaves, flowers, and candles).

At the end of the rainy season, when the full moon illuminates the sky, Loy Krathong always falls on the night of the 12th lunar month (typically in November). There are many locations in Bangkok where you can participate in the festivities. The sight of thousands of krathongs, their flickering candles sending a thousand pinpoints of light far into the horizon, is a truly magical sight.

Diwali, also known as Dipawali is the five-day Festival of Lights, celebrated by millions of Hindus, Sikhs, and Jains across the world. Diwali is a festival of fresh starts and the victory of good over evil and light over darkness but it also coincides with harvest and new year celebrations.

It is India’s biggest and most significant holiday of the year. The row of clay lamps (deepa) that Indians light outside of their homes to represent the internal light that guards against spiritual darkness gave rise to the festival’s name. For Hindus, this festival is just as significant as Christmas is for Christians.

Diwali is a time for family gatherings and plenty of sweet treats. Kaju katli, a fudge-like sweet made with ground cashews and sugar with a hint of rose water, is a popular delicacy. Another beloved sweet in northern India is Besan burfi, a different type of fudge-like bar made from flour, sugar, and cardamom and dusted with almonds or pistachios.

The phrase “Nuit Blanche,” has the literal meaning of “White Night”, which refers to a night without sleep. However, in Paris, it only happens for one night, on the first Saturday in October, when the city puts on a very special show.

Nuit Blanche was established in 2002 as a festival of the arts and culture by the then-mayor of Paris, Bertrand Delano. The idea was to portray Paris in novel and creative ways, and ever since, cities all over the world have adopted it.

It is a significant cultural event in the city and a no-cost invitation to Parisians and visitors to interact with works of art by local and foreign artists. The city will be filled with sculptures, projections, concerts, and amazing installations.

Every year, in the first few days of October, Albuquerque, New Mexico, hosts the Albuquerque International Balloon Fiesta. The Balloon Fiesta, a nine-day autumn festival that takes place in the first full week of October, has grown significantly since its beginnings in 1972 when there were only 13 hot air balloons. The Grand Est Mondial Air in France is the next-largest balloon festival in the world after this one.

The nine-day event starts with Dawn Patrol on Saturday, Sunday, and Wednesday of each week, when all of the balloons launch from Balloon Fiesta Park in two waves, dotting the sky above. Each day, balloon launches start around 7:00 a.m. Other days feature launches from the park and special shape rodeos, when a spectacular array of special shape balloons ascend from the grassy field, in addition to mass ascension mornings. Throughout the week, there are a variety of evening activities, but there are many nights including a Balloon Glow, in which the many balloons on the field remain grounded while simultaneously lighting up the night sky.

This autumn festival has been referred to as “New York’s Carnival.” Individual marchers can simply show up in costume at the starting point without registering or paying anything, making the parade largely an unplanned event. Large puppets that are animated by a large number of volunteers are one of the parade’s distinguishing features. Each year, the puppets are decorated with the annual parade theme and more than 50 marching bands take part in the festival.

When Is the Best Time to Drink Coffee?

Going a bit more for mothers-in-law