Don’t Miss Out These Traditional Foods in Chinese Mid-Autumn Festival! 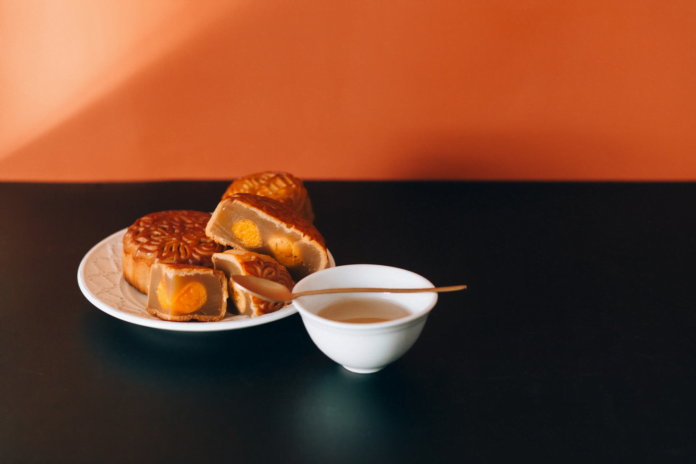 At the Mid-Autumn Festival, the moon cake is a must-try traditional food. Its round shape is intended to conjure up images of the full moon. Moreover, the full moon’s rounded shape evokes feelings of spiritual fulfillment, coming together, and reunion. At the Mid-Autumn Festival, people share mooncakes with their families or give them as gifts to friends and family to show them their affection. 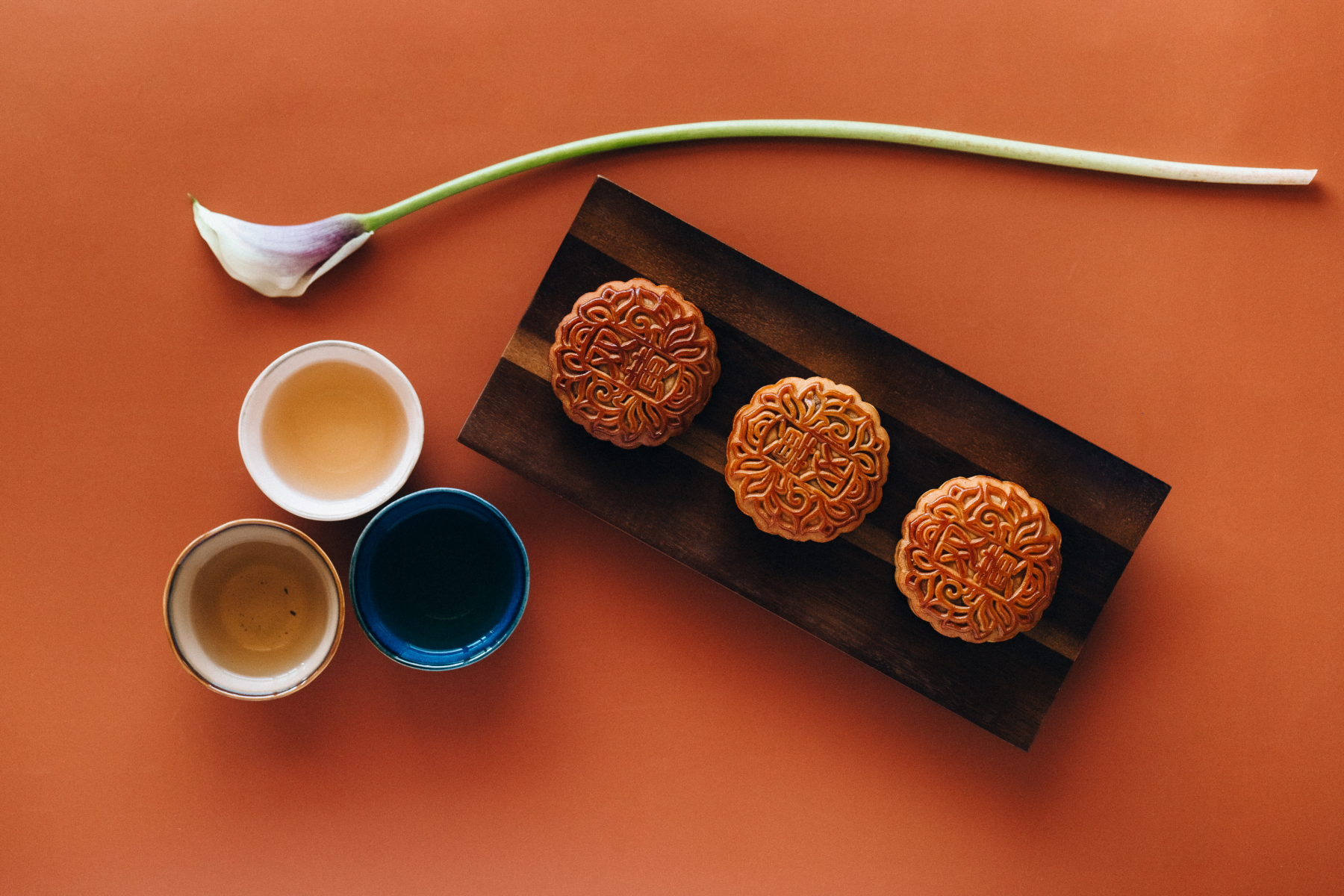 Typically, traditional fillings for mooncakes include red bean or white lotus seed paste. There are numerous regional variations, some of which have an egg yolk that has been preserved in the middle. The round shape of the yellow egg yolk, which is symbolic of the moon in the sky, adds yet another level of symbolism.

Besides mooncakes, duck is also a must-have traditional food for the Mid-Autumn Festival dinner.  Ducks in the eighth lunar month are neither too fat nor too thin after having grown for more than half a year, making them the best-tasting throughout the year. 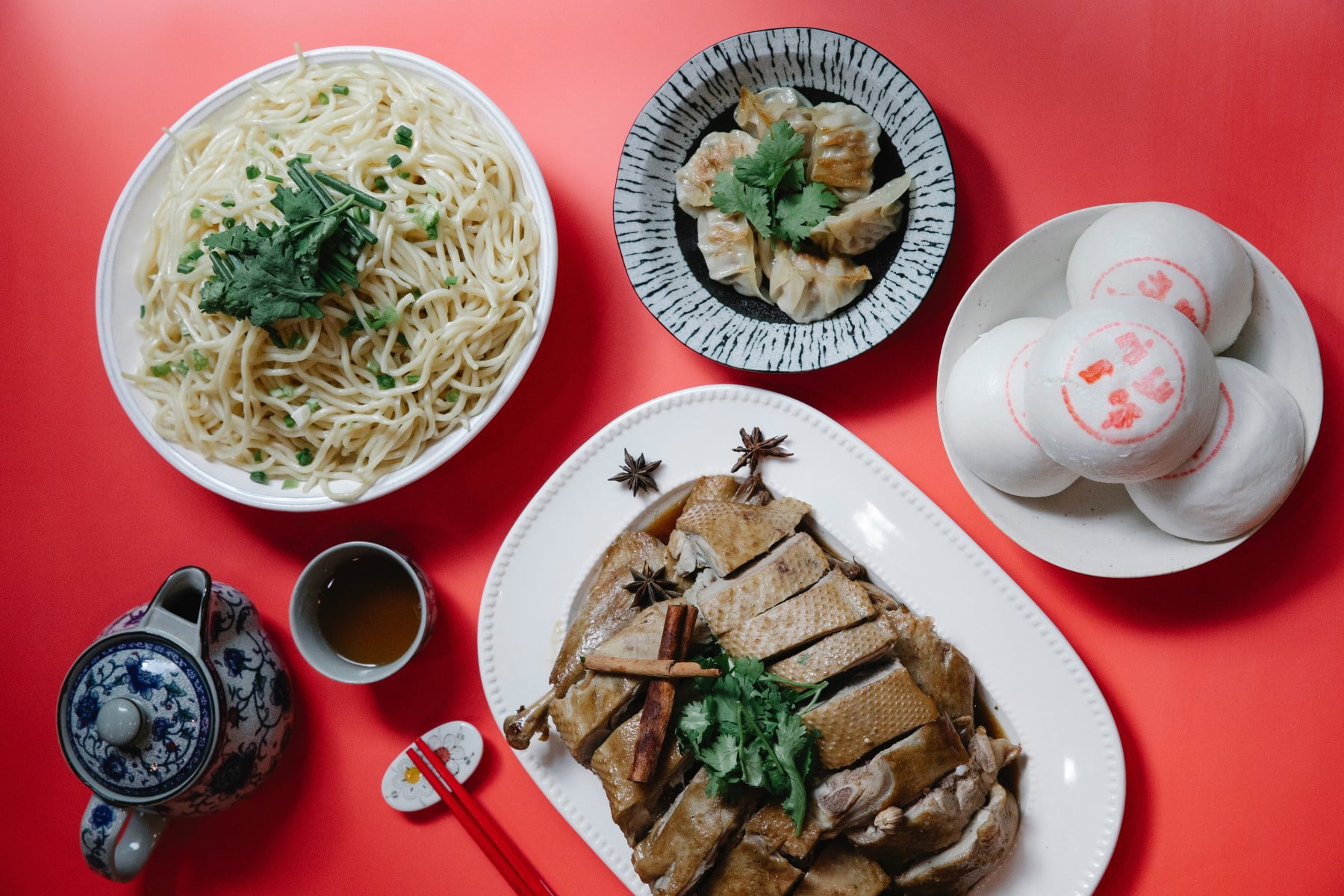 In the late Yuan Dynasty, the rulers bullied the people, and the people prepared to overturn a corrupt ruler whose name sounded like “duck” in the local dialect. Therefore, everyone agreed that eating ducks at the Mid-Autumn Festival was a sign to band together and take action. Duck is a good food to eat in the dry autumn since it helps to moisten the throat and lungs.

Pomegranates become ripe around the middle of autumn, particularly in September and October. Sweet and refreshing pomegranates have become a traditional food and are frequently served on trays after a family meal. People would eat pomegranates at Mid-Autumn Festival to pray for babies, especially married women who had not conceived.

The Chinese believe that a large number of pomegranate seeds meant that this family would have a large number of children, which was expected by every family when the death and illness of minors were unavoidable. Pomegranates are also one of the sacrifices made to the moon during the Chinese Mid-Autumn Festival to pray for long life, reunion, and auspiciousness.

Around the Mid-autumn Festival, Osmanthus – one of China’s top ten famous flowers, creates small yellow blooms with a potent fragrance. Its delicate, sweet, fruity-floral aroma symbolizes elegance, wealth, sweetness, and reunion. Chinese people put osmanthus into embroidered sachets to enjoy its fragrance, and they also use it to make tea, make-up powder, and, most importantly, liquor and desserts.

Making wine with full-bloomed osmanthus has been a tradition since the Warring States Period (475 – 221 BC). The osmanthus wine, made from honey, sticky rice, and osmanthus, tastes sweet, expressing people’s wishes for a sweet and happy life.

Mid-Autumn Festival is the harvest season for hairy crabs, around September and October,  so it is commonly seen on the dinner tables, particularly in South China, where they grow. Crabs are at their most delicious around this time of year because they are preparing to lay their eggs. 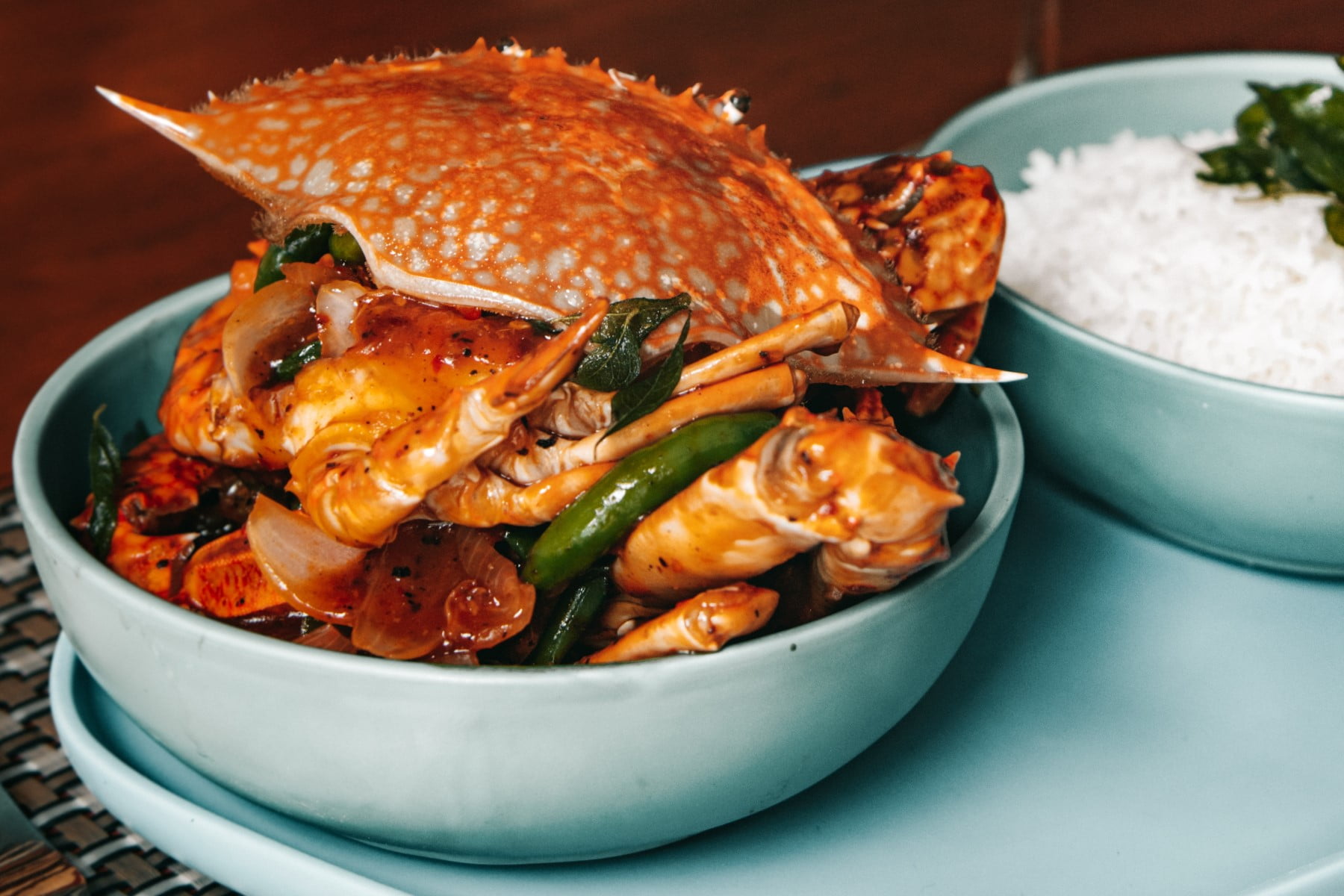 Since the late 14th century, it has been one of the main traditional food at the Mid-Autumn feast. Steamed crabs wrapped in cattail bags were a royal banquet delicacy since the Ming Dynasty’s Mid-Autumn Festival because crab meat is high in protein and low in fat and calories. Additionally, people in Shanghai prefer steamed hairy crabs with a dipping sauce of dark vinegar, ginger, and brown sugar.

In China, lotus roots are also traditional food during the Moon Festival since it has numerous health benefits. The white, hollow lotus root contains a lot of fiber, vitamin C, and trace elements. It aids in the regulation of blood sugar, the prevention of dryness, and the enhancement of immune function.

Furthermore, when lotus root is cut into pieces, silky fibrous threads remain which are difficult to separate. Thus, Chinese people believe that it symbolizes a strong connection between people. They think that this traditional food will keep couples on good terms and family members close even after they are separated.

Mr. Trump made a spectacular comeback, hoping to get re-election soaring