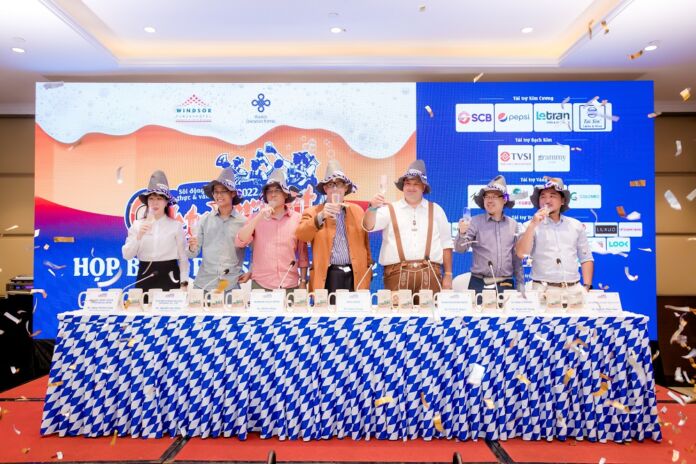 26th August 2022 – Oktoberfest Vietnam returns in 2022 for its biggest edition yet! The exciting annual German beer festival will once again come to Windsor Plaza Hotel in Ho Chi Minh City, and for the first time will also be staged at the Daewoo Hanoi Hotel in the nation’s capital. 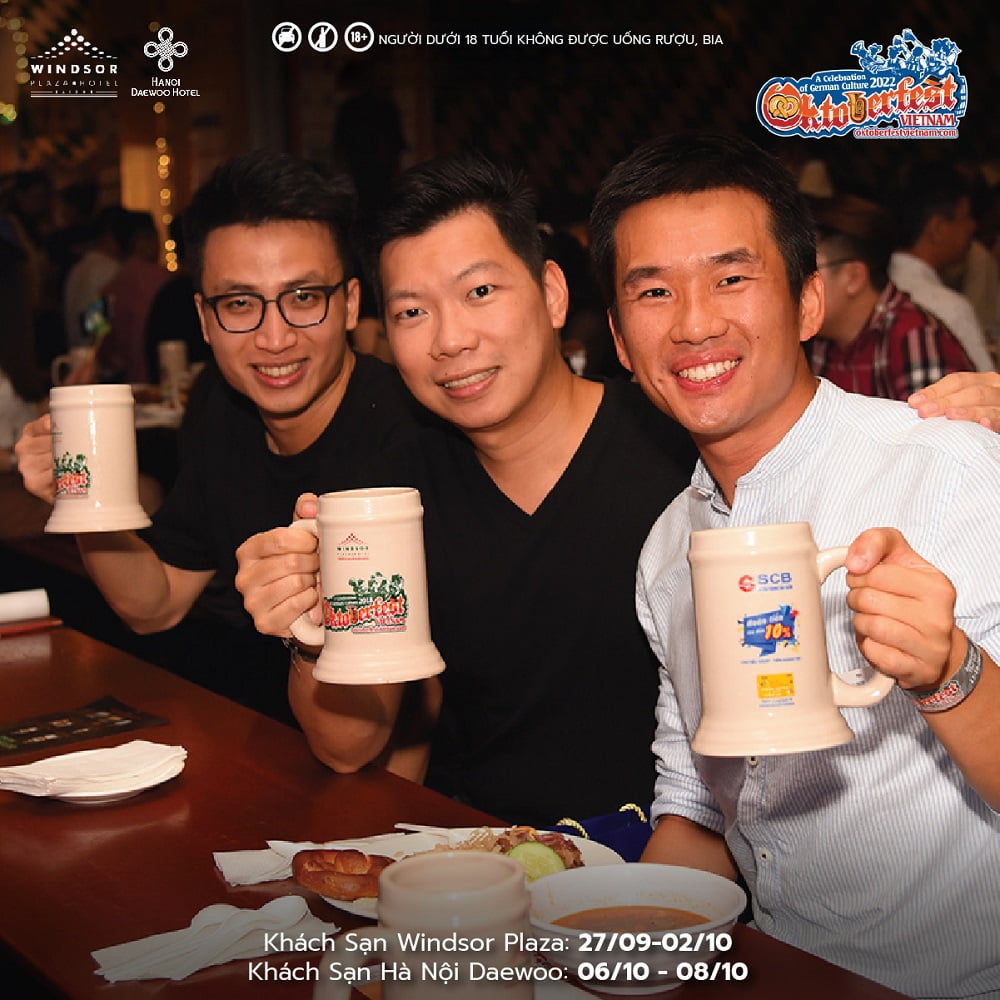 Festivities kick off each night at 6 pm and run until midnight from 27 September to 2 October in HCMC, and from 6 to 8 October in Hanoi. Each event will feature a traditional opening ceremony featuring the tapping of the first beer keg and the wearing of traditional Bavarian attire. 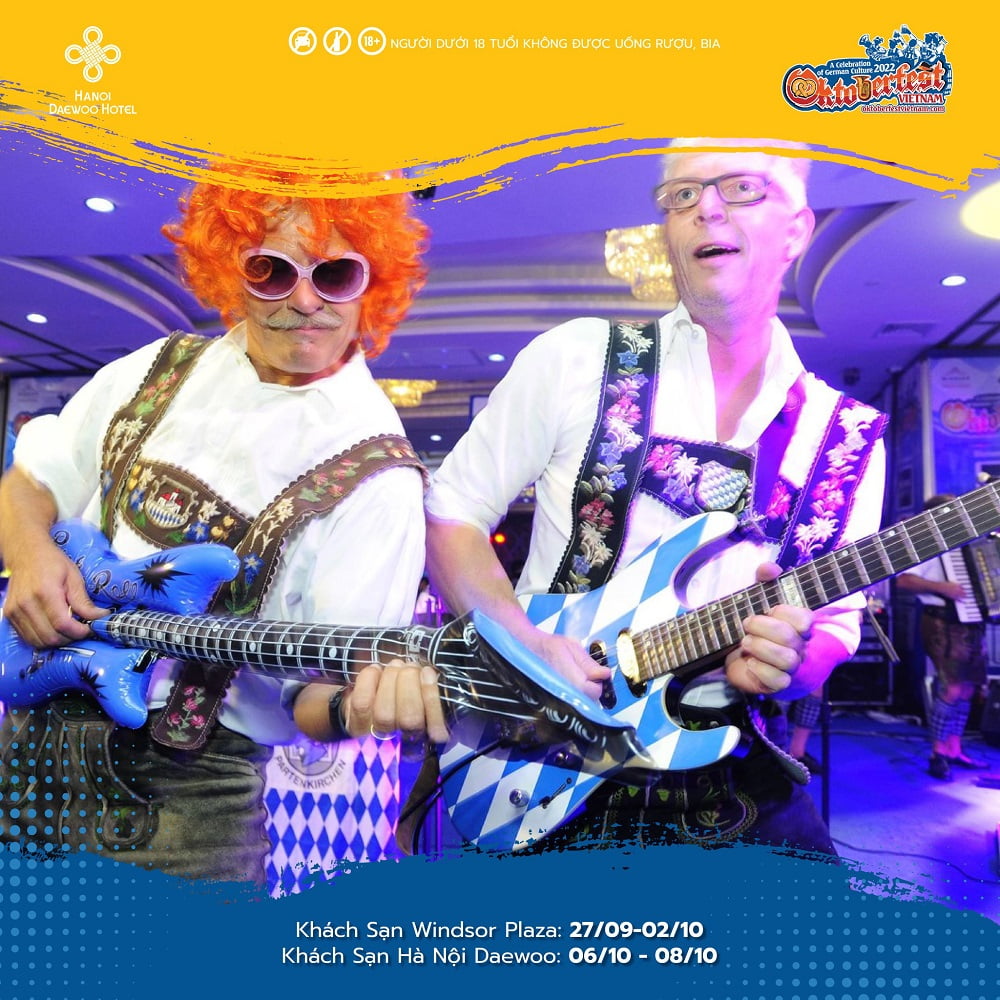 This annual event recreates the atmosphere found in the massive beer halls of the original Oktoberfest, complete with an expansive buffet of German cuisine including sausages, schnitzel, crispy pork knuckles, sauerbraten, pretzels, sauerkraut and much more. A host of Pan-Asian and local Vietnamese dishes and a live cooking station also comprise a featured part of the buffet menu. Guests can also enjoy free-flow Schneider Weisse and Krombacher beer directly imported from the brewery. 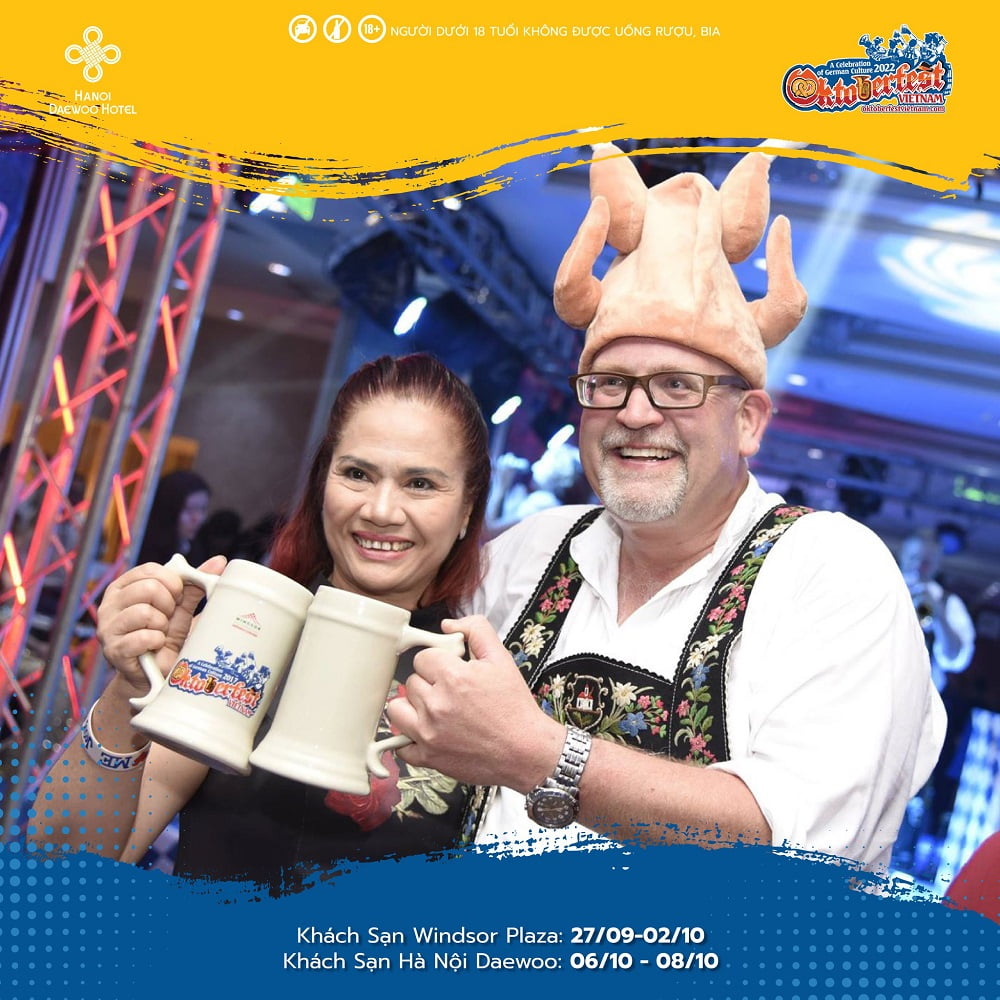 This year, the event welcomes a host of performers to keep guests entertained and the good times flowing. The featured entertainment will include bands playing traditional Bavarian numbers and contemporary sounds, a stunning aerial dancer, multiple DJ sets and choreographed dance troupes. In addition, guests can partake in delightful a host of activities, exciting games and many other surprises. 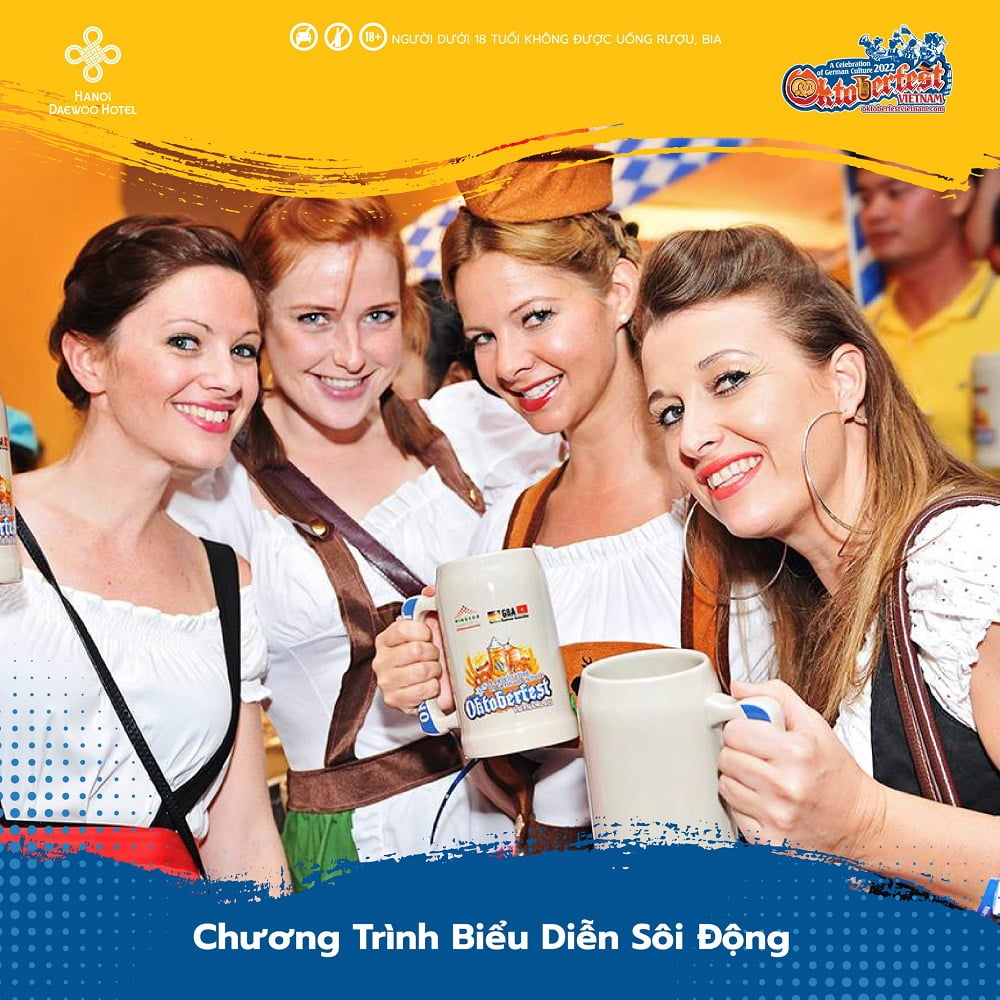 Windsor Plaza Hotel General Manager Mr. Adwin Chong said he was delighted to once again be able to host Oktoberfest after a two-year pandemic-related hiatus. “This will be the boldest yet Oktoberfest for everyone to celebrate with all the people in Ho Chi Minh city, it is the party of the year!” he said. 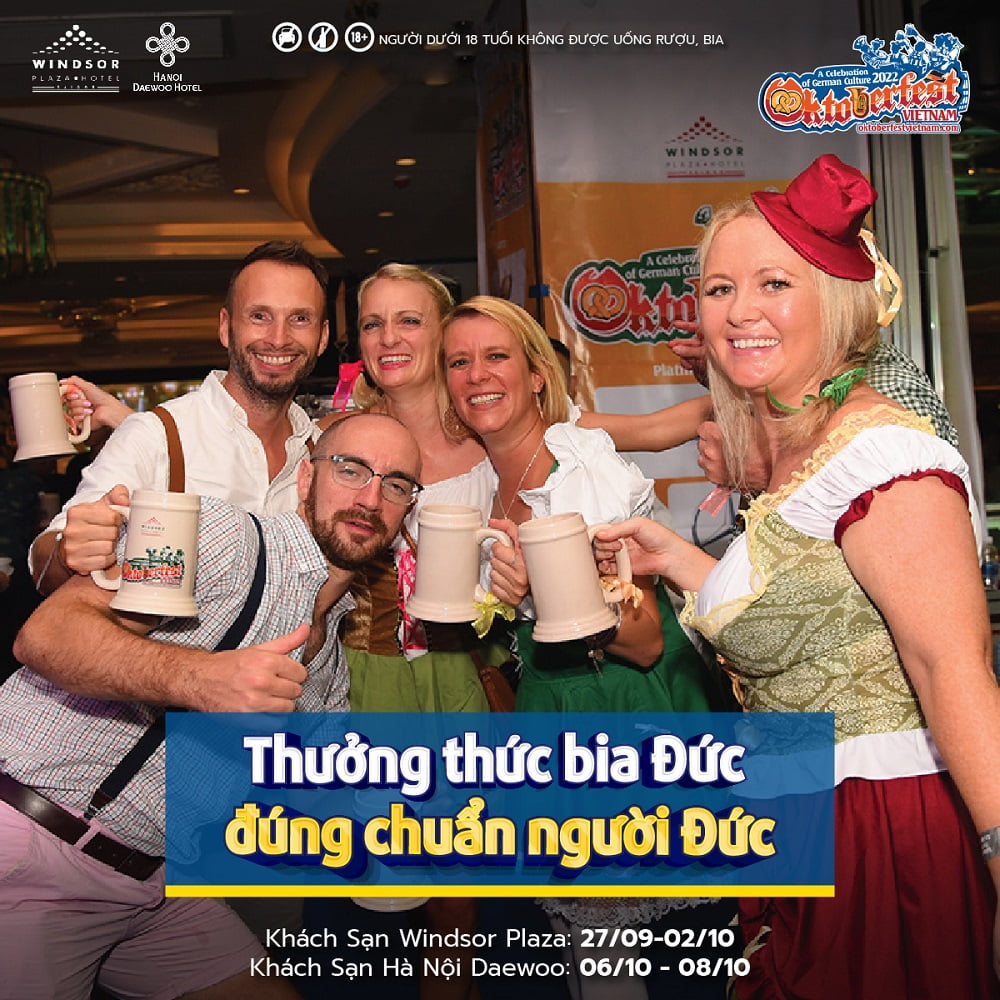 In the capital, Hanoi Daewoo Hotel General Manager – Mr. Erwin Popov said the entire team members at Hanoi Daewoo was excited to bring WMC Group’s unique take on Oktoberfest to the city. “The event in Ho Chi Minh City has long been legendary, and we believe that the people of Hanoi will equally embrace and enjoy it,” he added. 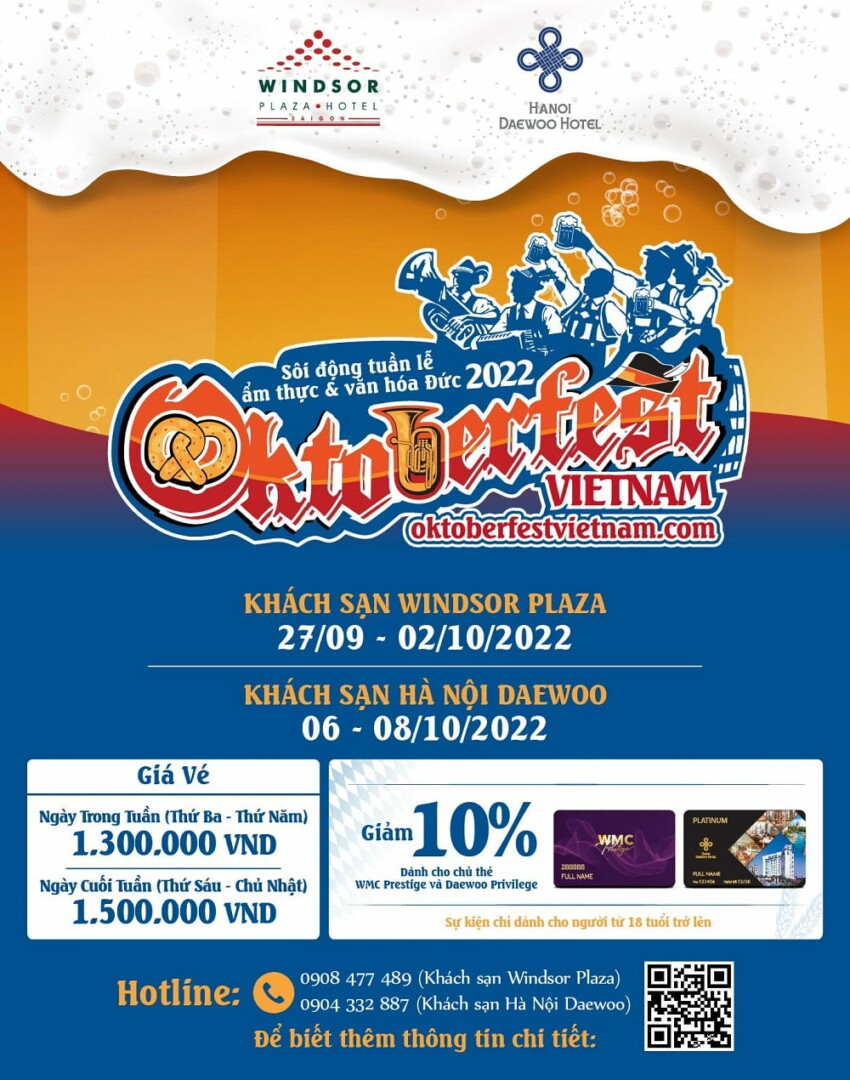 Get Soft Lips With These Tricks!

The Top 10 Places to Visit During Your Fall Vacation

If you want to protect your heart, go to bed at this certain time!

5 habits that can ruin your workout